Jerry Seinfeld is ready to give another hilarious performance at Moran Theater at Times Union Centre on Thursday 20th April 2023 (Rescheduled from Saturday 1st October 2022). America's premier comedian is all set for his long-awaited North American tour that will begin on 9th September 2022 at Mayo Performing Arts Center. The stand-up trek is stretched till July 2023 with his final show at Paramount Theatre Cedar Rapids. Seinfeld will be performing at almost all major spots, including Phoenix, Boston, Nashville, Atlantic City, Detroit, Vegas, and some other as well. Jerry Seinfeld is one of the most in-demand comedians in America, and his fans are always looking forward to his live performances. If you're in for a hilarious night of stand-up comedy, get your tickets right now! 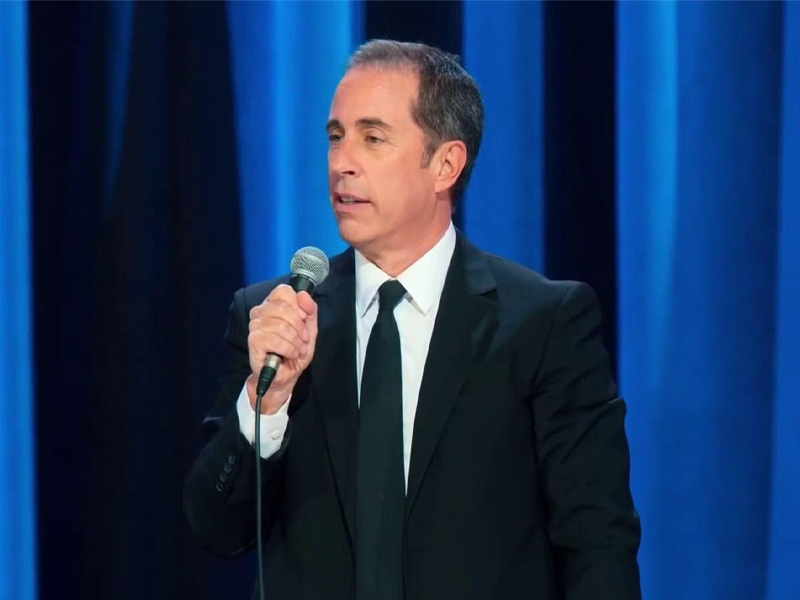 Multitalented comedian Jerry Seinfeld is not just a stand-up performer. He has shown his muscle in different professions such as writing, acting, and producing. Seinfeld gathered global attentionattention when he played his own character in a self-named sitcom, Seinfeld. He also created and co-wrote it with legend Larry David. The show was aired on NBC, received unimaginable high acclaim, and became one of the most successful and popular sitcoms in the 1990s.
Jerry Seinfeld's stand-up comedy is categorized as observational comedy. His subtle approach to highlighting acts that are happening in everybody's life and hilariously presenting them is what Seinfeld is all about. He is one of the most loved comedians in America. In 2014, Seinfeld was listed at number 12 on the list of all-time greatest stand-up comedians by Comedy Central.
Jerry Seinfeld has also shown his talent on the big screen as well. He starred in Bee Movie, which was a Golden Globe Award nominee, and series, The Marriage Ref, which was aired on NBC. Seinfeld has also hosted and created one of the most successful web series, Comedians in Cars Getting Coffee. Twenty Primetime Emmy Award nominations and four-time Grammy Award nominee holder is ready to make your evening special, so book your tickets ASAP!