Steely Dan is ready to put up another enthralling performance at Moran Theater on Wednesday, 20th July 2022. The American rock band is excited about its lengthy North American trek that will kick off on 20th May 2022 from Portland, Oregon. Steely Dan will be visiting all major venues before wrapping up their trek on 13th of August. The band also added seven more dates to their "Earth After Hours" tour consisting of two dates for July and five dates for August. On some initial dates, special guest Snarky Puppy will be joining them. The American duo will definitely make your Wednesday special with a performance at the famous Moran Theatre on 20th August. Don't miss the chance to see them live, and get your tickets right now! 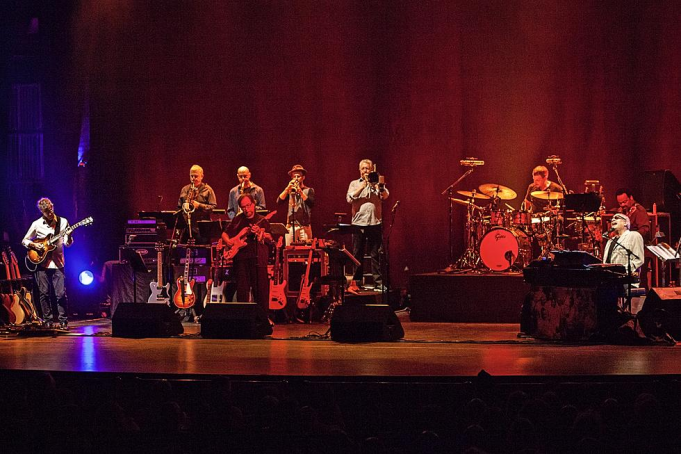 The Rock & Roll Hall Of Fame inducted jazz-rock band has had a cult following since its inception. In the late 70s, the band was considered different from all other players because of their perfect blend of rock & jazz with elements of Latin music & blues. Their ironic tunes and mesmerizing lyrics were unmatchable at that time as well.
American-born duo band Steely Dan disbanded in 1981. After a decade, in 1993, they reunited and released two new albums. The album, Two Against Nature won a Grammy Award for Album of the Year and took the band to new heights. The band was also inducted into the Rock and Roll Hall of Fame and ranked at number 15 on the 20 Greatest Duos of All Time. Steely Dan has sold over 40 million albums worldwide.
The Year 2017 was a dark time for the band, as unfortunately, Walter Becker passed away due to cancer. Donald Fagen did not lose hope and promised to carry the legacy of Becker and their memorable band. Later, Fagen kept on performing at all stages, keeping alive the heritage of his beloved friend. His passion reflects in his performances and is certainly something you need to experience as a rock music lover. Get your tickets right now and catch Steely Dan live at Moran Theatre.